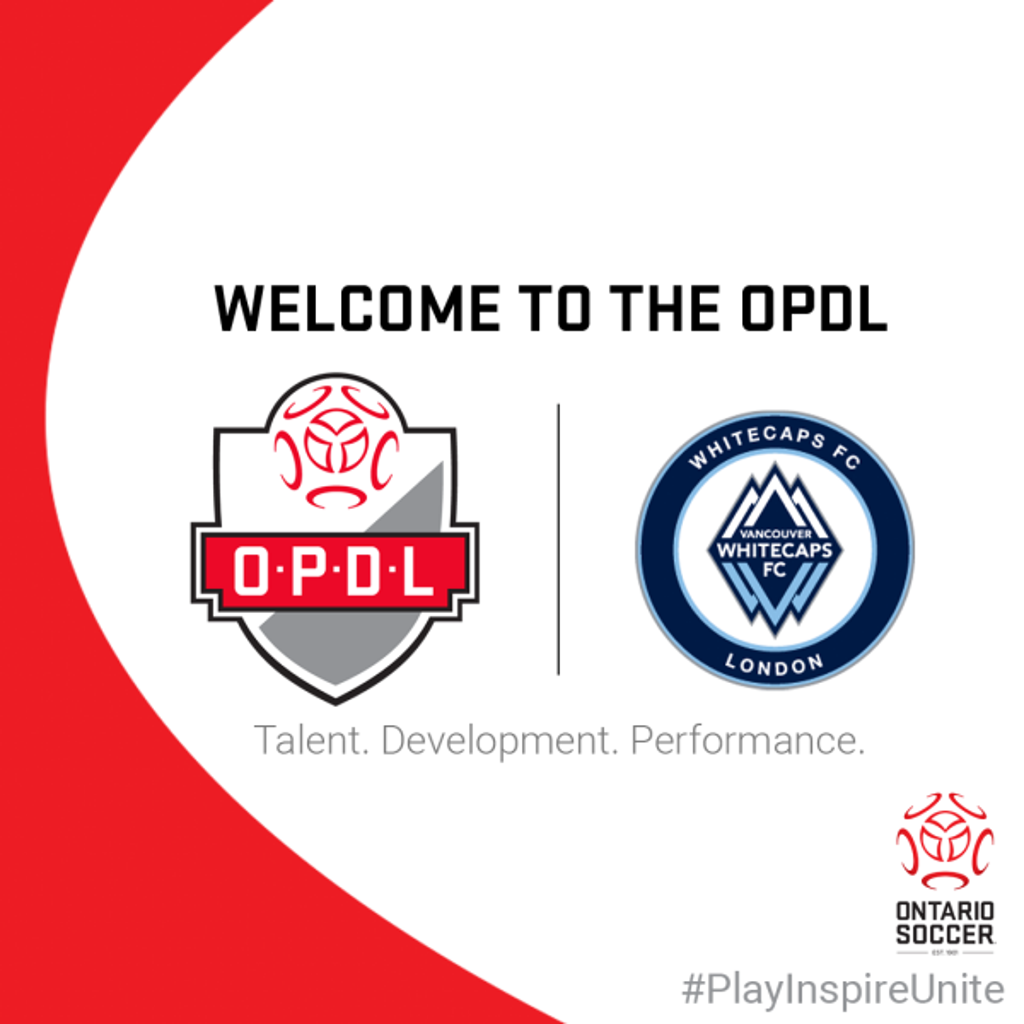 LONDON, ON – The Ontario Player Development League (OPDL) announced on Thursday that they have awarded a league license to Whitecaps London beginning in the 2018 season.

Whitecaps London is a new high performance club in Southern Ontario that will be part of the high performance player pathway providing opportunities for talented youth in Southern Ontario, and connecting to Major League Soccer (MLS) club Vancouver Whitecaps FC.
The club will operate independently from its community affiliate London Youth Whitecaps. In addition the club announced that Sarnia FC has also become a community affiliate, and that the club will be providing additional affiliate opportunities to interested clubs in Southern Ontario as part of its player pathway in the Ontario Soccer and OPDL structure.

The club will start by operating a U-13 boys and a U-13 girls team for the 2018 and 2019 seasons and be under the technical direction of Mike Ayyash, the head coach of the Whitecaps FC Southern Ontario Academy Centre.

Whitecaps London will also be running U-12 Boys Pre-OPDL and U-12 Girls Pre-OPDL teams, with the focus on preparing players for OPDL in 2019.
For tryouts and information, visit www.whitecapslondon.com or contact head coach Mike Ayyash at mayyash@whitecapsfc.com or 519-281-7131.

Launched in 2014, the OPDL is the highest level of youth competition in Ontario, starting at the U-13 level. The standards-based high performance league combines top level competition with high performance training standards. This innovative program is an important component of the overall movement to adopt the core principles of Long Term Player Development (LTPD) across soccer at large in Ontario and Canada. By 2018, the OPDL will encompass the U-13 to U-17 age categories, for both male and females. For more information, visit theopdl.com.
Last season, the OPDL consisted of 18 license holders, including fellow MLS club Toronto FC and Whitecaps FC Academy Centre partners Ottawa South United SC.