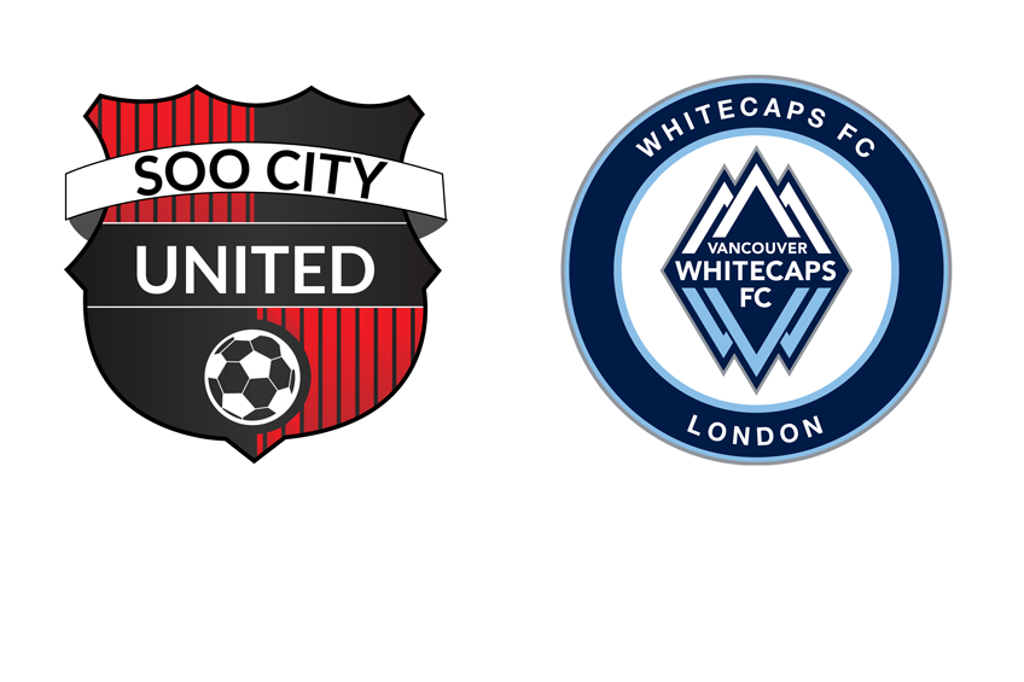 The affiliation agreement between Whitecaps London and Soo City United is an opportunity for athletes from Northern Ontario to play in the OPDL.
Steve Mazzuca, the Soo City United President and Director of Player Development, says ‘there are many soccer players in the North that are really good. Many have the talent but often the distance becomes a deterrent. Signing this affiliation agreement with Whitecaps London is a perfect opportunity for our players to train with a strong OPDL club with the possibility of Soo City players being placed on a developmental roster and play up to ten games in the OPDL. For our players, I couldn’t be happier.’

Soo players from the U13 and U14 girls age groups are traveling to London this week for combined practices and scrimmages with the Whitecaps London OPDL teams.

‘This is an interesting and exciting opportunity for us to scout and work with players we don’t normally see and expands our network into a new area,’ says Mike Ayyash, Whitecaps London’s Technical Director and Vancouver Whitecaps Head Coach in Southern Ontario. ‘We look forward to the visit this week and hope to build on it for the future with boys and other age groups’.

Sault Youth Soccer Club
The Sault Youth Soccer League was founded in October of 1990. Located in Sault Ste. Marie, Ontario, Canada, SYSC is a member of the Sault Amateur Soccer Association (SASA) and is affiliated with the Ontario Soccer (OS) and the Canadian Soccer Association (CSA).
The Sault Youth Soccer Club operates a recreational soccer program for some 1800 children and youth from ages 5 to 18 in “Grassroots” and “Youth” divisions. The club also provides a Competitive program (Soo City United) for those players who wish to develop their skills at a more competitive level. Players of these development teams play exclusively in this program and represent the city and their age division in various competitions in both Canada and the United States. The Soo City United Program also have four teams participating in the Western Regional Soccer League (WRSL).

Whitecaps London
Whitecaps London is a high-performance not-for-profit club in Southern Ontario that is part of the Ontario Soccer and OPDL high performance player pathway providing opportunities for talented youth in Southern Ontario. The club currently operates a U13&14 boys and a U13&14 girls’ teams in OPDL and West Region under the technical direction of Mike Ayyash. In addition, the club operates teams and player pools from U8 to U17.