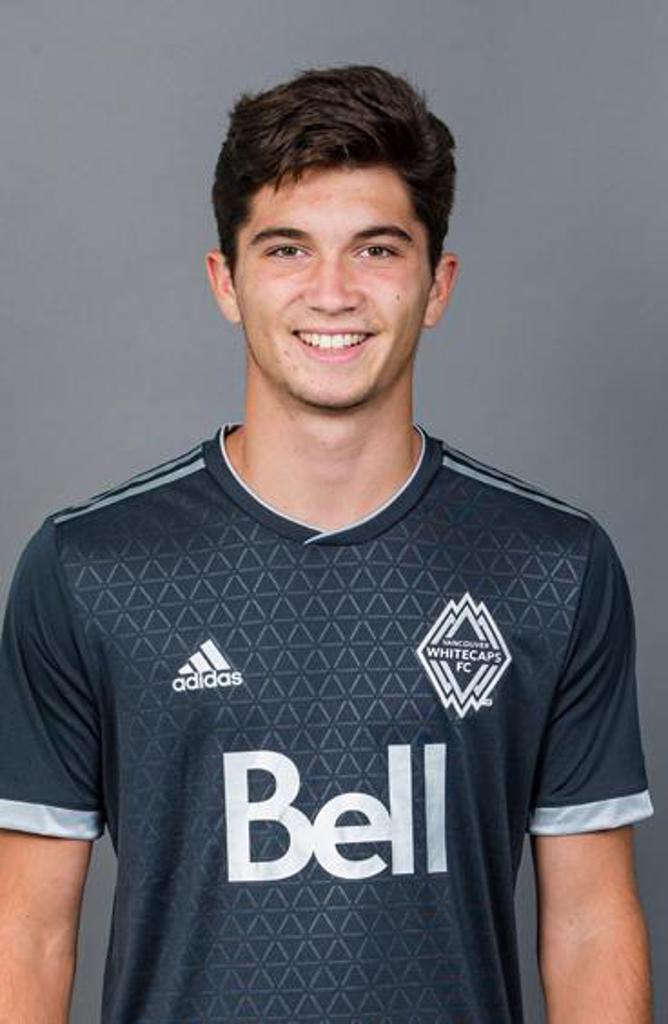 Vancouver BC – London’s Dino Hajdarpasic has been selected to join the Vancouver Whitecaps FC Academy –formerly known as the Residency program – for the 2018-19 season, where he will be provided with a funded placement in the Billet Program starting in the fall. The 15-year old was part of the Whitecaps Academy Centre program in London, Ontario, before he relocated to British Columbia in late August.

‘This means the world to me,’ says Dino. ‘I feel so good about this opportunity to move to a professional club’s academy program. I feel like I have this huge journey ahead of me, getting this offer just feels amazing’.

As a member of the Vancouver Whitecaps FC Academy, Dino will be part of a very select group of players that trains in a professional soccer development program under the guidance of a professional coaching staff and dedicated support staff specializing in holistic player development.

Dino, a versatile player with an excellent passing range who can play anywhere along the back line or in central midfield, was scouted last fall during a tryout in London and immediately identified as a High Potential Prospect (HPP). Since then, he has attended 3 HPP Camps in Vancouver over the winter period, two of which were funded by Whitecaps FC, where he trained and played with the top prospects from around the country and with the academy players and coaches.

‘The experience at the HPP Camps was just incredible,’ says Dino of his experience in Vancouver. ‘It was always at high intensity and allowed me to show the qualities I have. The 3 weeks that I had gone to left me coming back with something to work on and improve.’

The Whitecaps FC Academy is designed to maximize a player’s potential on and off the field through a “soccer lifestyle” philosophy linking technical and personal development. By integrating training, education and accommodations, this program provides the best conditions to develop and prepare elite athletes for the demands of professional soccer. After coming through the Academy pathway in Vancouver, Whitecaps FC Canadian star Alphonso Davies recently made an MLS record transfer to German powerhouse Bayern Munich, one of the top professional clubs in the world. Davies is one of eight Homegrown players from the Whitecaps FC Academy currently on the ‘Caps MLS roster.

‘The professional environment has so many things to offer to help you be an all-around better player,’ says Dino. It all feels like a happy place and a great time.’

Whitecaps London wishes Dino the best of luck on his new journey.

For more information on this media release, please contact Mike Ayyash at mayyash@whitecapsfc.com