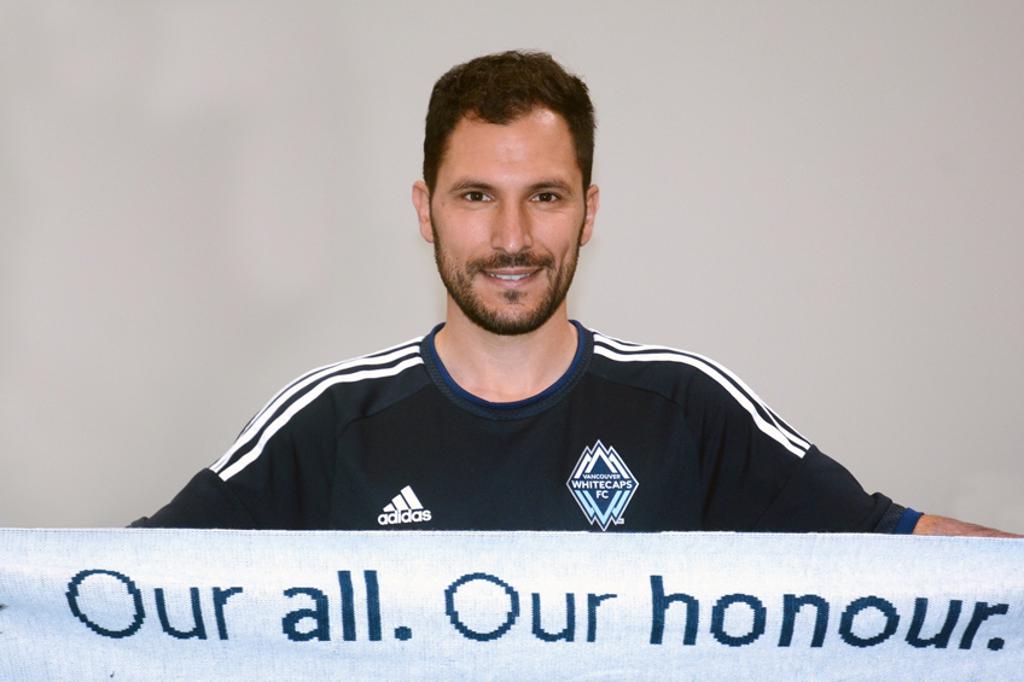 London, ON – Whitecaps London is pleased to announce the hiring of Goncalo Pinto as a full-time coach in the OPDL, Grassroots and Youth Programs for the upcoming season.

‘We are thrilled to add Goncalo to our coaching staff,’ says Technical Director Mike Ayyash. ‘Goncalo brings knowledge, experience and professionalism to the role.’

Gonçalo is a UEFA B licensed coach from Portugal. He holds a BSc in Sports Coaching with soccer specialization and has 12 years of coaching experience. Gonçalo has previously coached with CCD Olivais Sul, Sporting Clube de Portugal, Clube Futebol Benfica and União Atlético Povoense in Portugal.

Pinto also coached with CR Vasco da Game from Cape Town where he was Performance Analyst and Assistant Coach for the 1st team playing in the professional 2ndLeague. He also coached the U12 Boys at their Academy.

His most recent position was Head Coach and Age Group Coordinator with Byron Optimist Soccer Club through GPS where he took over the 2006 Girls, 2007 Girls and 2005 Boys WRSL League Winners.

‘I would like to take this opportunity to share with everyone how delighted I am to join Whitecaps London. I am very much looking forward to creating new relationships with players, parents and my peers, in what is a new journey for me here. From observing how the organization has grown since being formed, it is a fantastic opportunity to be part of a forward thinking, and ever-growing club.’

Goncalo will officially start with Whitecaps London in late September.

Whitecaps London will be Expanding Operations in 2019 and will be a true grassroots to professional club under the direction of Technical Director Mike Ayyash. The club will be launching new programs and entering teams in all age groups this coming fall, winter, spring and summer. Whitecaps London will continue to build an organization, through coaching selection, club standards and programs that fully integrates into the resources and opportunities with the Vancouver Whitecaps, as well as being aligned in partnership with EMSA and Ontario Soccer in the Ontario Soccer/ Canada Soccer Pathway.