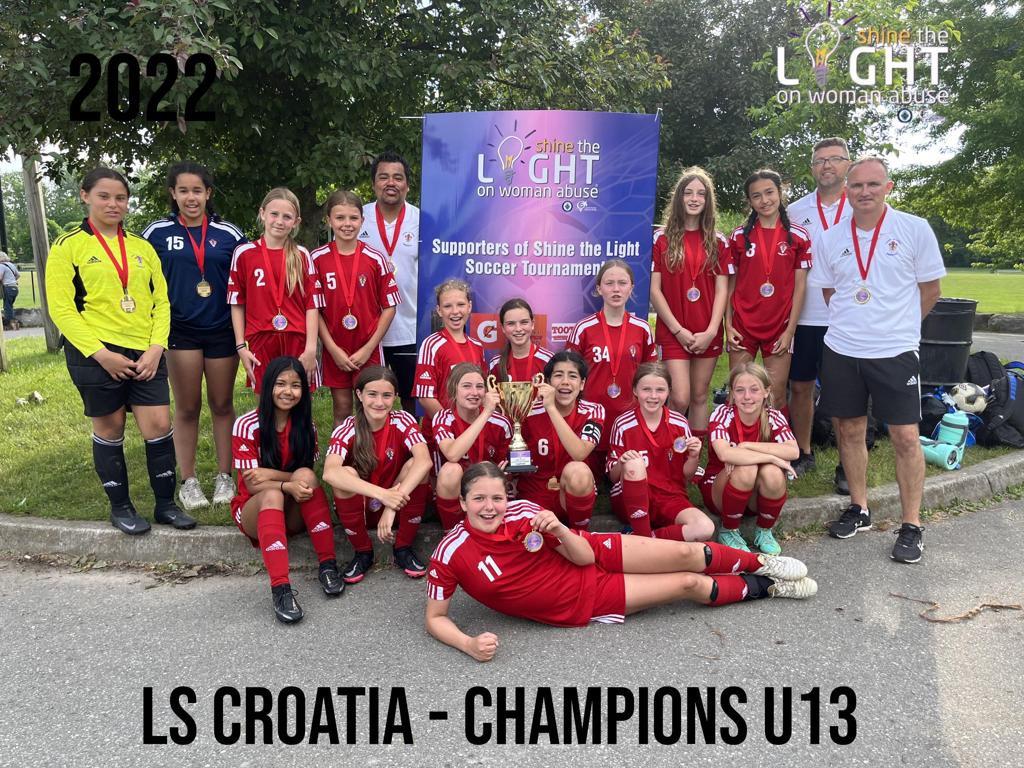 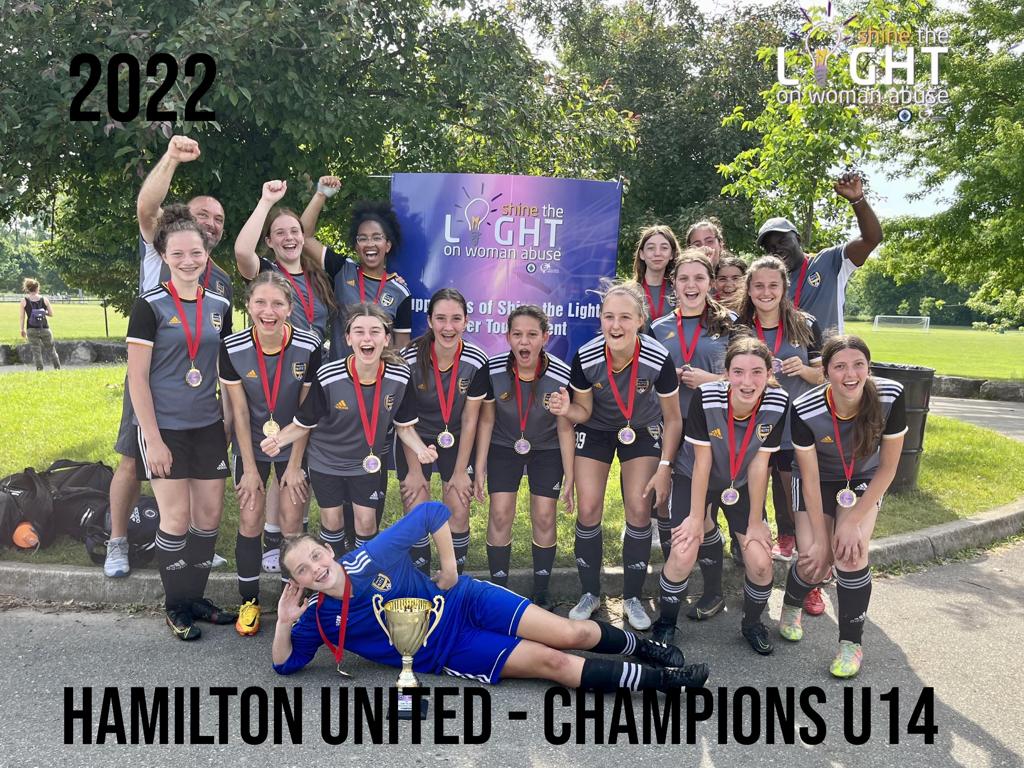 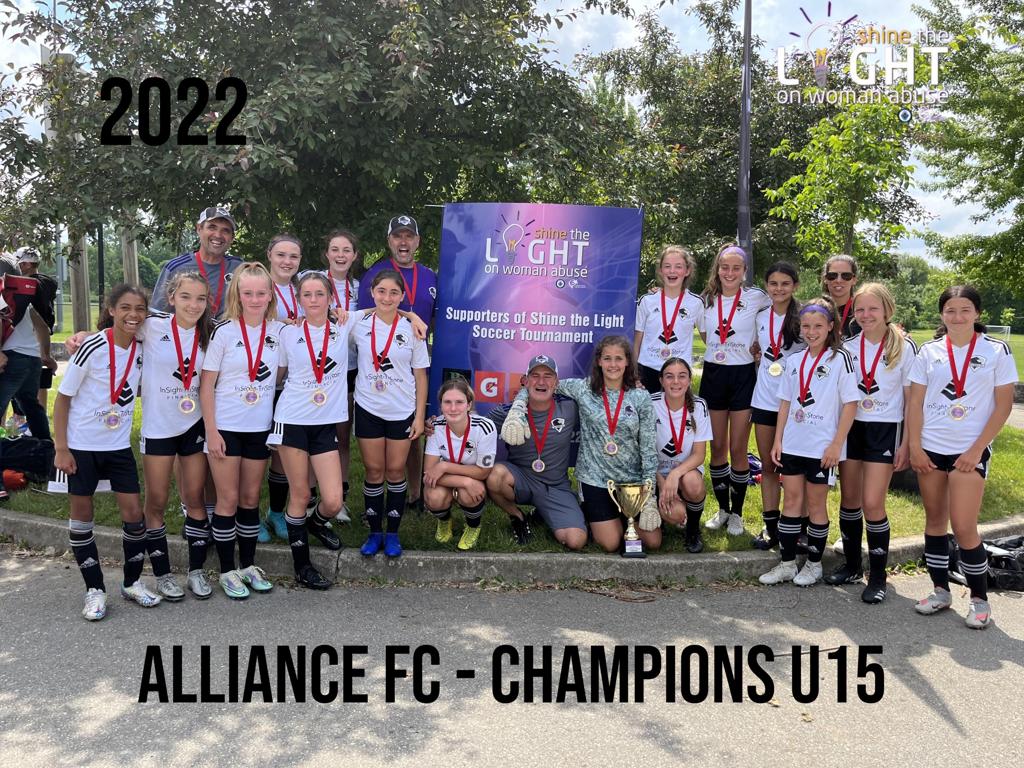 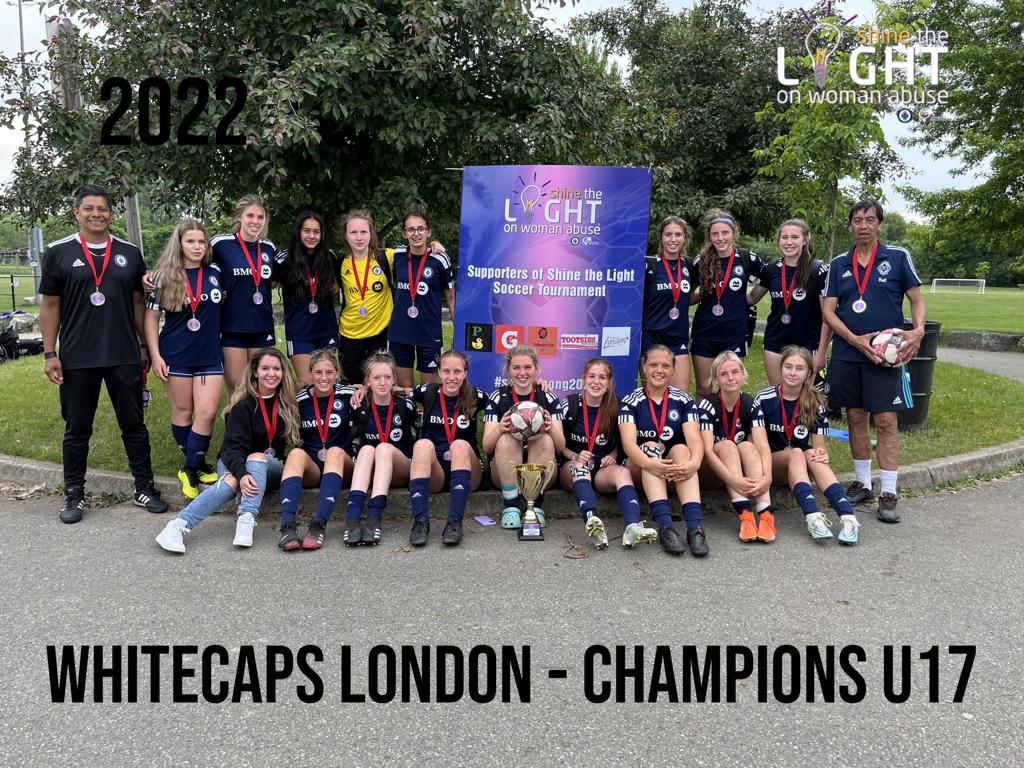 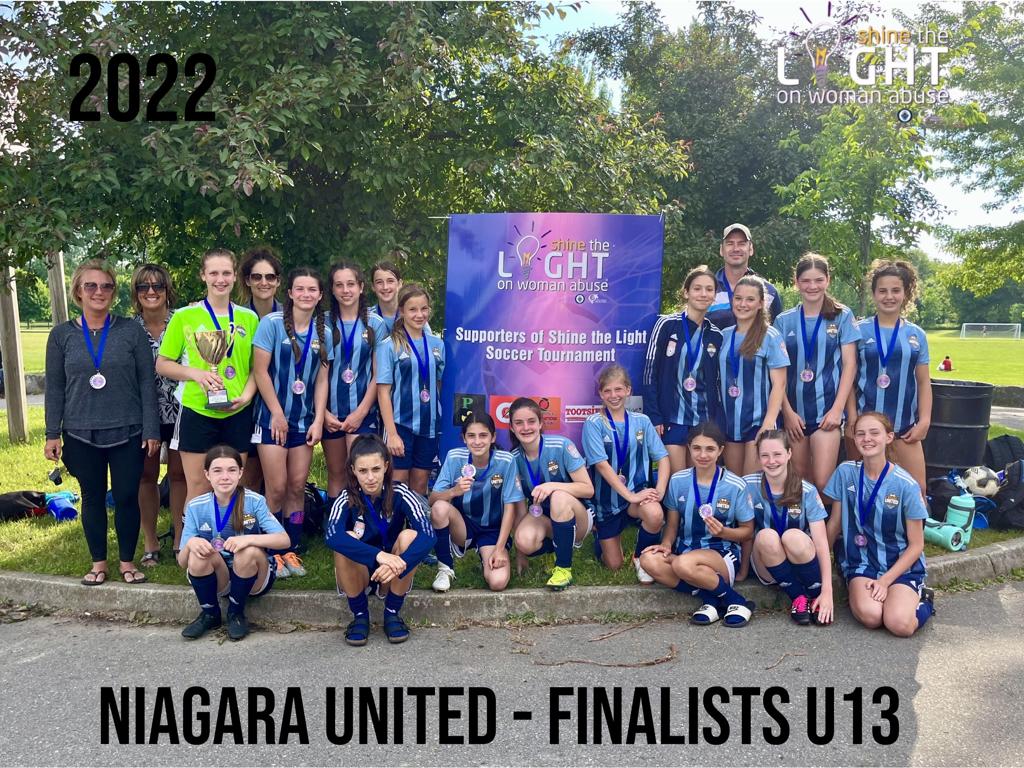 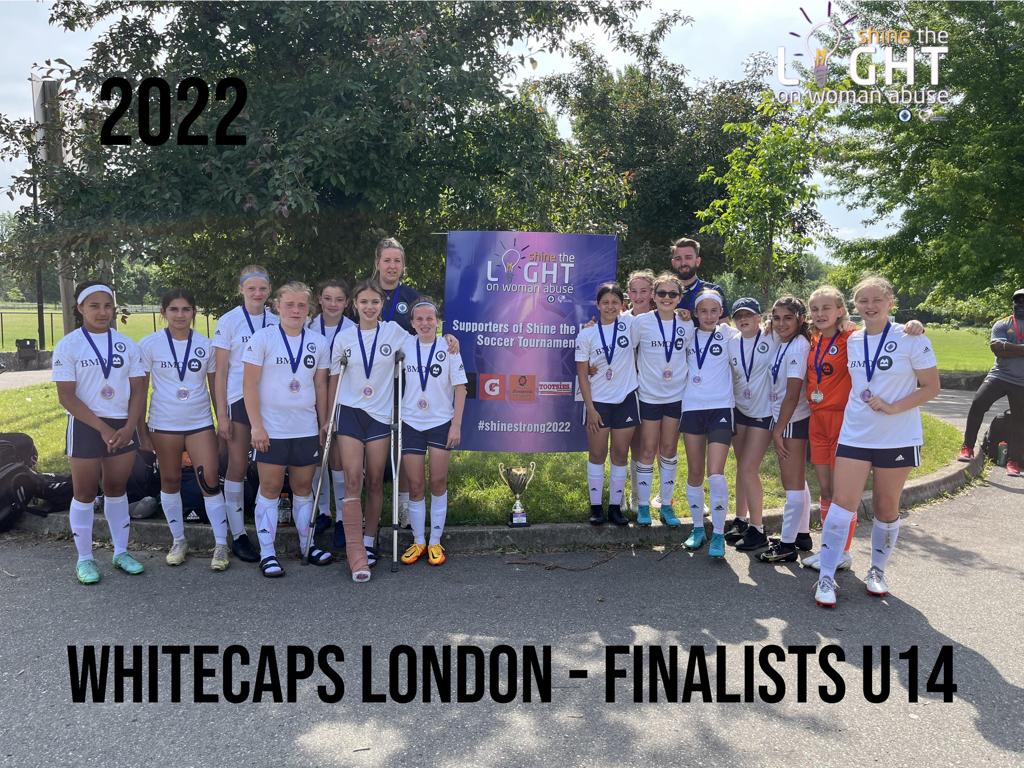 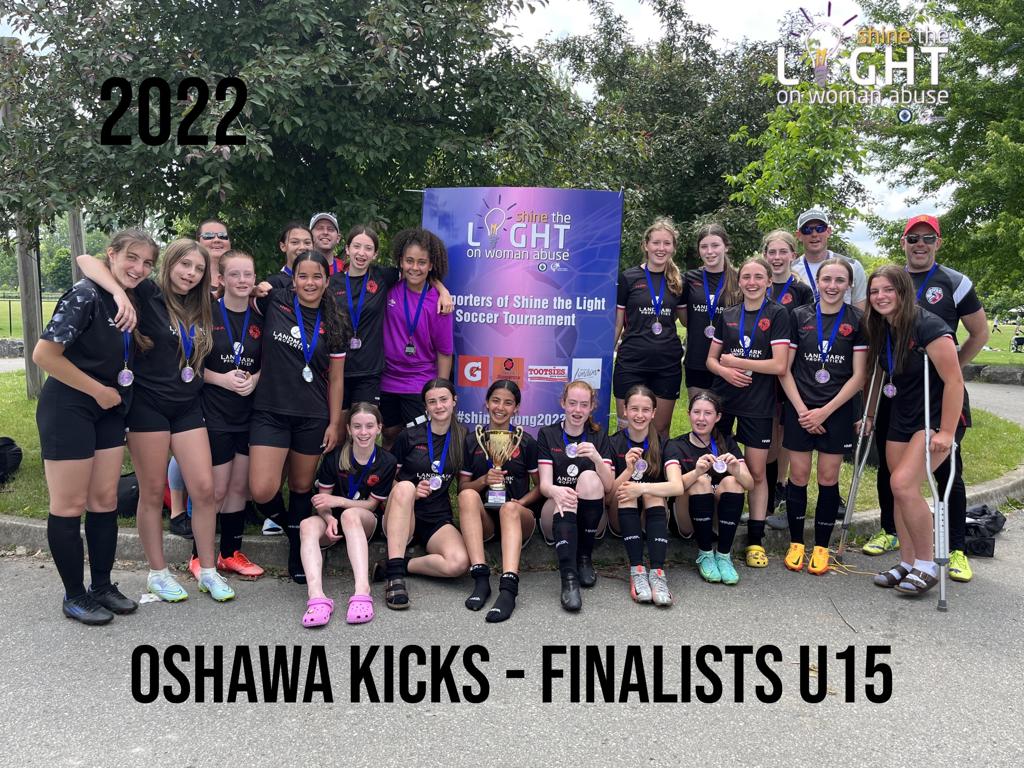 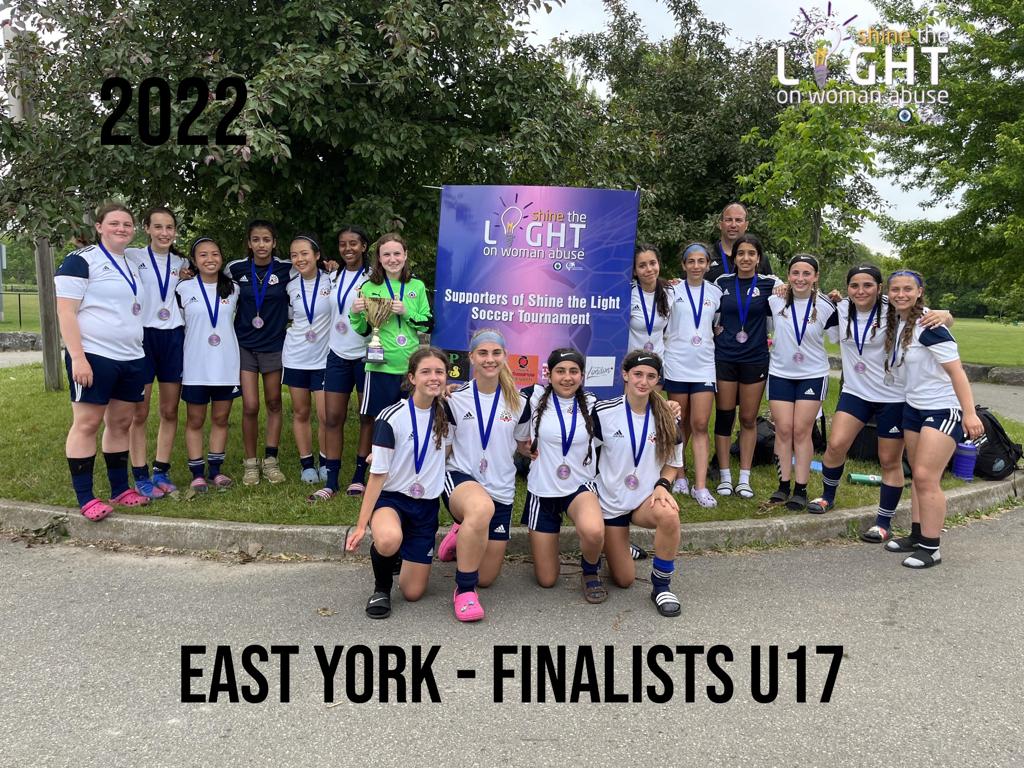 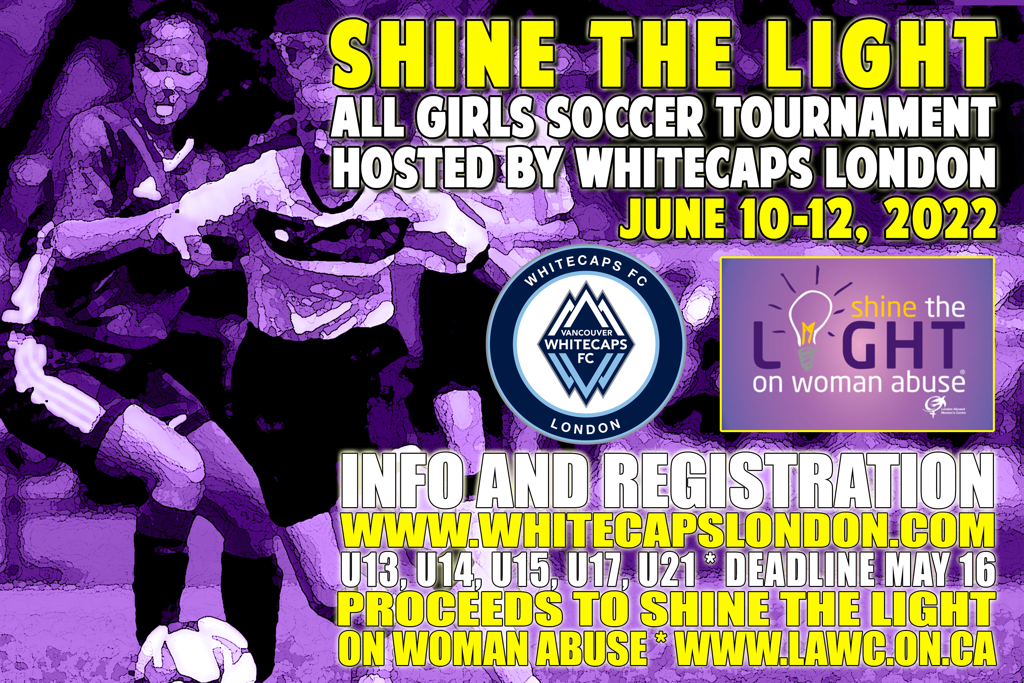 IMPORTANT – COMPLETE YOUR ONLINE APPLICATION IN ITS ENTIRETY USING THE

All tournament matches will be played in accordance with FIFA laws of the game accept as modified herein. All decisions by the Tournament Director are final.

Coaches, Match Officials, Medical staff or tournament officials must remove from play an athlete exhibiting the signs and symptoms of a concussion during practice or a game. Once a coach, match official, medical staff or tournament official remove an athlete from a game the decision cannot be overturned. Once the athlete is removed from play for symptoms of a concussion the player, is not permitted to return to play until he or she has been assessed by a physician or licensed health care provider and received written clearance, signed by the physician or licensed health care provider. This written clearance must be submitted to, and approved by, a tournament director before the athlete is permitted to return to play.

All Club Soccer teams must be in good standing with their associations.

Teams should bring a primary and alternate jersey of different colours. Where the colour of the jersey is similar or identical, the designated home team (the team listed first in the schedule) will change

All players must have uniforms with individual numbers on the jersey. No duplicated numbers.

No jewellery may be worn by any player (earrings, watches, necklaces, etc.)

Players wearing casts are allowed to play as per Canada Soccer cast policy and approval of the Match Official.

Shin guards are mandatory and must be worn at all times by all players.

Substitutions are unlimited, but may be made only at the following restarts with the match officials permission….See below…

Throw-In: For the team in possession. The opposing team may also substitute if and only if

the team in possession of the throw-in wishes to substitute.

When the match official chooses to prevent play from restarting quickly because of player misconduct: For either team, except for a player shown the red card.

When the match official chooses to prevent play from restarting quickly because of one or more player injuries: For either team.

Any coach ejected from a match will not be allowed to coach his/her immediate next match. Each Coach is responsible for the conduct of the players and parents on his/her team. Coaches not taking

responsibility for their sideline’s behaviour may be cautioned and/or ejected. Any player or coach ejected or spectator asked to leave will not be within vicinity of the playing field.

Per FIFA rules, only players will be shown a card (yellow or red) when being cautioned or sent-off. Two yellow cards in the same match equal an ejection and the player will sit out his/her next immediate match.

jerseys if there is a conflict. Each team’s players will take a position on one side of the field opposite the

spectators. It is requested that all teams trash be picked up after the game and discarded accordingly

The tournament provides the official game ball(s). Halftime will be 5 minutes.

The official clock will NOT stop for any reason unless in the judgment of the match official:

Removing an injured player from the field would endanger the physical well-being of the player, or:

earned for a loss.

Tie games after a semi-final match will immediately proceed to FIFA penalty kicks to determine a winner (no overtime).

Final Matches resulting in a tie will proceed to two full ten-minute overtimes. If at the end of both overtimes the game is still tied, FIFA penalty kicks will be taken to determine a winner.

Where required to break a tie for standings within a division, or for purposes of determining a “wildcard” team, the following order will be used to determine the winner: (Note: If a wild card team

MUST be selected for the playoff rounds, that team will not be assigned to play against the winner of

Its own group in the first playoff round)

It is requested that teams be present 30 minutes in advance of the scheduled commencement of a match to aid in the timely start of play. Seven players constitute a team for full 18 player rosters.

A forfeit will be scored one for the winner, and zero for the forfeiting team.

Regardless of weather conditions, coaches and their teams must appear at their respective field site, ready to play as scheduled. Failure to appear will result in forfeiture of the match.

In case of severe weather that occurs after the beginning of play, the Tournament Director may reduce the length of the match and may discontinue or cancel the game. Should a match be terminated due to weather conditions after 20 minutes of play, the match will be considered official and the score at the time will stand.

If a match is terminated prior to 20 minutes of play, every attempt will be made to complete the match. However, if necessary other means, determined by the tournament committee, may be used to determine a winner.

Match officials and field marshals will not consider beginning or continuing matches when a lightning and/or Thunder exists as per Canada Soccer Inclement weather policy.

NO REFUNDS WILL BE GIVEN IN THE EVENT OF CANCELLATION. Note:  Your online application

constitutes agreement with these rules and this paragraph.

Each team, upon checking in at registration, must sign a ledger sheet giving the hotel where the team is staying, a team contact, the team’s coach or the team’s assistant coach so that these individuals may be contacted in the event that circumstances require such. Be sure your team contact is someone who can be reached at any hour and has a cell phone.

All questions for the Tournament Committee should be from the Team Contact/Coach and not numerous parents from the team as this only delays response.

Have all player books/cards, official roster, and medical release forms with you at the fields during the

tournament. Although only checked at registration, the tournament committee reserves the right to

check credentials during the event.

All Club Soccer teams must have player cards and official roster and be in good standing.

The tournament is dedicated to the development of all the players participating, good sportsmanship,

and the “good of the game”. The Tournament Director may suspend, without recourse or appeal, any

players, coaches, or spectators who demonstrate anything less.

Teams needing early acceptance for flight and/or travel plans should request such to abbi@whitecapslondon.ca. All efforts will be made to reply ASAP.

Teams desiring to attend the Shine the Light Whitecaps Soccer Tournament should complete and submit the online application. The Application MUST be submitted online. ATF and Rosters must be emailed to: abbi@whitecapslondon.ca the day of application submission.  Subject place name of team and age bracket.

The tournament makes every effort to accommodate teams’ coaching conflicts – Please ensure you indicate this in your application (team has same coach as ...).

Very Important: We will not seed teams in this inaugural year of Shine the Light Soccer Tournament.

Depending on the amount of interest the tournament will be two to three days.

Teams must submit proof of affiliation and permission to travel (if applicable). Each team must be registered with a Canada Soccer/Ontario Soccer/District or USA equivalent Roster and must present a valid roster. CURRENT, DULY AUTHORIZED MEMBER PASSES, MEDICAL RELEASE FORMS AND OFFICIAL APPROVED ROSTERS are required for all players participating in the tournament. Non Canadian Teams consult the Rules. All Team Officials must have Valid Member Passes.

Team awards will be presented to champions and finalists for all levels of competition.

Teams participating in the Tournament ARE NOT REQUIRED to make all hotel accommodations suggestions. We have negotiated with all tournament hotels to have a no-penalty charge if the event is cancelled on Thursday prior to the event due to weather etc.

Team Officials may contact us at e-mail abbi@whitecapslondon.ca with questions and you will be promptly answered.

Fields are dynamic - they can and do change. The Tournament utilizes the finest fields in London and surrounding areas. Listed below are the field complexes for which we hold permits for the event.

The Tournament reserves the right to change field locations.

Neither the Tournament Committee, Shine the Light organization, Whitecaps London Soccer Club, Hotel Service, nor the Tournament Sponsors are responsible for any expenses incurred by any team in the event the tournament is cancelled in whole or part, or in the event games are discontinued or cancelled due to inclement weather or adverse field conditions, nor will any refunds be made.

If you have a question that cannot be answered by the above, please do not hesitate to contact us at abbi@whitecapslondon.ca . Thank you for your support of the Shine the Light Girls Soccer Tournament.

We look forward to hosting your team/club and a successful tournament.

Our All – Our Honour